Do Husbands Really Know How to Love Their Wives?

One evening while sitting up late, I told God that I wanted to know the REAL meaning of a verse I’ve quoted to my husband many times throughout our 33 years of marriage. As I sat on the couch I quoted the following verse out loud,“Husbands, love your wives, even as Christ also loved the church, and gave himself for it” (Ephesians 5:25 KJV) and asked the Lord, “What does that mean?” I didn’t want man’s interpretation of it, because Lord knows we have enough of that going on in the church today; people coming up with their own ideas of what the Bible means to fit “their” lifestyle and beliefs. So, I asked God myself. Something I’d never done before regarding this particular text. I wanted my answer to come from the Creator Himself, and as I sat there, listening, He answered me by using our youngest son and his recent decision. Allow me to explain: In December of 2018, our youngest son was married to a beautiful young woman. Prior to his nuptials, he had been reading a book, that inspires men (and women) to be the best man/woman they can be, which, for men, includes how to treat the women in their life. His wife, who is training to be a mid-wife (home births) was required to go to another state to finish her studies. When we heard the news that they would not be living here, it was very difficult on all of us. Why? Because we’ve always been a close family, and over the last 16 years we’ve always worked in ministry together. So, when we heard he would be leaving for a year, it was disappointing. It meant change, and no one likes change.

As I sat there, the Lord began to show me that my son was actually obeying the verse I asked about, and what’s more surprising, is that while writing this blog, I decided to look up that same verse in the New Living Translation, and found it to be even clearer than the original version, “For husbands, this means love your wives, just as Christ loved the church. He gave up his life for her…”  He revealed to me that our son was obeying that verse properly. He laid down his own life; his own way, to help her. When I saw that, I began to cry. I thought, here I was this selfish mother, not wanting her child to leave, and it turns out, he was obeying God! He’s doing something that many husbands, much older than him, have never figured out.

The scriptures say, “He that finds a wife – finds a Good thing” Proverbs 18:22 – but I believe most husbands could learn a lesson or two on how to take care of that “good thing.” And, according to the scriptures, there’s only one way to accomplish that. As a pastor, I’ve had many women come to me about their relationships and marriages, and based on what I’ve heard,  I’ve come to the conclusion that most married men have no idea how to do that. But if they’ll ever take time to listen to their wives – they’ll learn quickly on how to nurture that “good thing” the Lord has given them . It’s not that husbands are incompetent, it’s just that sometimes their ego (pride) gets in the way, and they don’t want to believe their wives could have the answer (when many times they do) because they’re wired to be problem solvers. But, when it comes to marriage they’re oftentimes unable to see the forest for the trees.

When it comes to struggling marriages,  I believe many men focus on their wives unhappiness and convince themselves that she’s the problem (the enemy is behind that theory.) He honestly has no idea that much of their struggle is a result of their not fulfilling Ephesians 5:25 as God intended.  I have found that one of the main reasons is he’s been told his entire life that going to work and providing for his family is how he shows his love for her. Yes, that’s a good thing, and he should do that, but it’s not the answer all – there’s much more to it than that. Now when it comes to women, there’s nowhere in scripture that instructs women to “love” their husbands. Why? Because as I say in my book: LOVE AWAKENS, “They already do!”

To strengthen your marriage and see the positive changes you’re longing for, order my New Book: LOVE AWAKENS, available on Kindle or Paperback at LoveAwakens.org 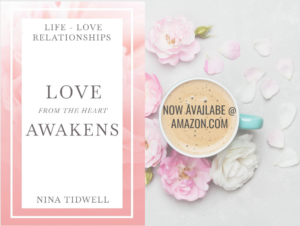